Success stories from our young people with Vision Impairment 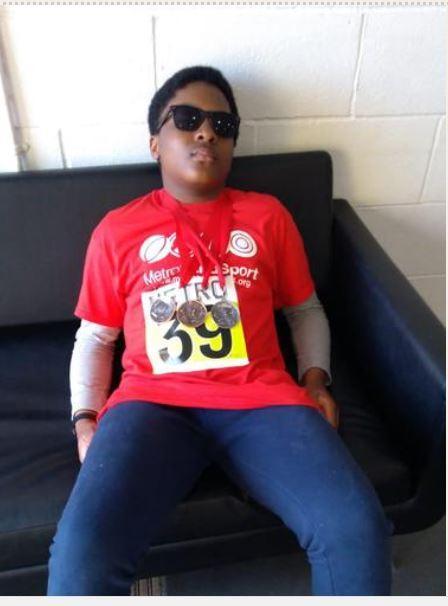 Clinton Njoku, a year 8 pupil from Slough, has been supported by our vision impairment team over the past nine years and has recently taken part in the Metro Games in London.

Well done to Clinton (and mum!) and we hope to see more of his sporting achievements in the future!

He was proud to tell us: After training hard I succeeded and earned 4 medals as rewards of my success. I hope that in the future my progress will inspire many more young youths to take part in sporting events and to get more active. 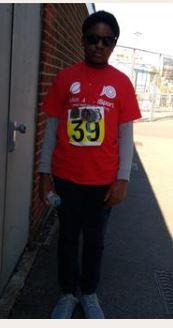 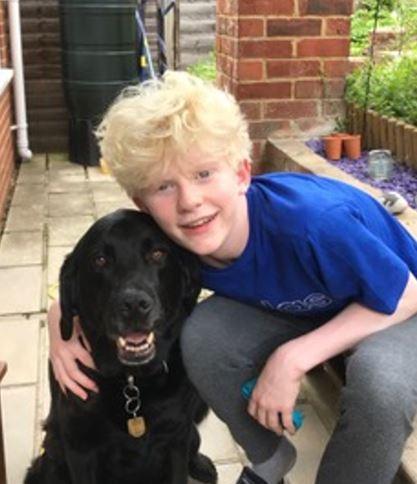 My name is Ed, and I am 13 years old. I was born with a genetic condition called Oculocutaneous Albinism, which effects my level of pigmentation and causes vision impairment, which makes day to day life a little harder at times, along with this I also have type 1 diabetes. . Now, after primary school, I am working hard and managing with a lot more ease at my school, where I am encouraged, provided with help and support as well as being surrounded by a fun and accepting community. In the past year, I have achieved a number of things that I honestly never thought would happen to me! Firstly, I consider myself pretty good at music, and love both Euphonium, which is a small Tuba like instrument and piano. In brass lessons I am completing my grade 3, and I hope to continue piano further and further because it is definitely something, I enjoy. Secondly, both science and maths were both exciting to me last school year, and I was able to work hard in order to be awarded a scholar award for Science, Technology, Engineering and Math which was a big confidence booster and privilege that I am still proud of. I hope to continue to enjoy school, and continue to try hard but also I think its important for other vision impaired kids to harness their interests and make sure they get the right help to achieve because for everyone it is definitely possible. 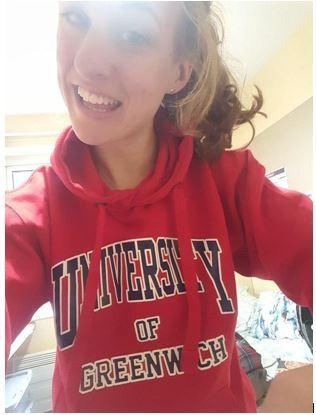 My name is Maddy Jenkins, I’m 19 years old and have just started a degree course for Paramedic Science at the University of Greenwich in Chatham, Kent.

When I was 8 years old I had a detached retina in my right eye, surgery unfortunately did not work and I now have no vision in that eye.  Following on from this I was diagnosed with Sticklers Syndrome, which means I am very short sighted and at times get extremely tired.  I had to have surgery on my left eye to reduce the chances of having another detached retina and now have regular annual check ups at Addenbrooks hospital for my eyes and general health concerning Sticklers.

Sensory Consortium helped me at primary school since year 3 although at times I wasn’t very happy to see Janet and wasn’t exactly co-operative! They advised my teachers and provided me with certain pieces of equipment, like a lap top, to help with my school work.

When I moved to secondary school I just wanted to be like everyone else so apart from sitting near the front of the class room and having extra time for exams I fitted in. I enjoyed sports very much and went on to study A level PE along with A level English Literature and Textiles. I completed the Duke of Edinburgh award scheme obtaining Bronze, Silver and Gold while at Charters school.

I also got the chance in Sixth form to go on a World Challenge 3 week trip to India which was amazing. We trekked and helped with a community project. To raise funds for my trip I did a tandem skydive,  jumping out of an aeroplane at 10,000 feet – that was a real adrenalin rush and would love to do it again. For part of my A level PE course I trained to become a lifeguard and thoroughly enjoyed the first aid side of the training, this led me to volunteer at St John’s Ambulance and attend various community events.

During my gap year after finishing my A levels I worked full time at Legoland and decided that I would love to pursue a career as a paramedic.  I had a full driving licence but was unable to apply for the necessary C1 part (driving a larger vehicle, like an ambulance) however I got accepted to study at The university of Greenwich so here I am! I’m loving uni life so far, have made new friends, I even enjoy cooking for myself and looking after my room!

I know when I lost my sight when I was younger it was a shock to my parents, perhaps I was too young to fully understand the implications, however my Mum said that the consultant said not to wrap me up in cotton wool and I never have been. Some things at times have been harder for me but I’ve tried and usually succeeded. My loss of vision has not stopped me doing anything so far and I can’t see that changing anytime soon! 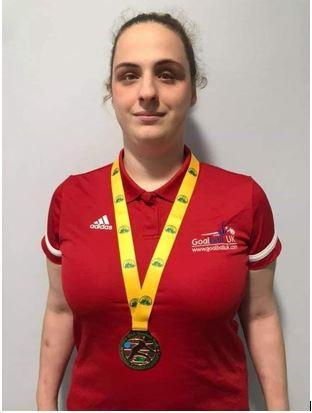 My name is Nansi. I am 19 years old and currently in my first year of studying law at university. Alongside my Studies I play a sport for people who are visually impaired called goalball. It involves everyone wearing eyeshades so that everyone’s vision is on a level playing field. The court is 9 x 18 m the same size as a volleyball pitch. Each team is made up of three players a centre player and two wingers and the aim of the game is to get the ball into the opposing teams goal.

The ball has bells in it so that we can hear where it is and stop it from going into the goal. The sport can be played at national and international level. I started playing last September and the sport has made me grow so much as a person. It has massively improved my confidence and also my fitness.

Back in school I really struggled with my mental health and coming to terms with the fact that I was blind and I never believed I would be able to do half the things I am doing today. I isolated myself and didn’t want any help or support that was offered to me and I refused to step out of my comfort zone and do anything independently. Now, I am living independently in halls of residence two hours away from home, I travel up and down the country to go to different tournaments and training camps and most importantly I believe that I can have a happy and fulfilling future.

I have been able to have several work experience placements at very respected Law firms in London and in August I also went to Australia as part of the under 19s GB youth team to play the goalball World youth Championships where we received a bronze medal and I scored my first international goal.

I just want to say that it is possible to have a good life despite having a visual impairment and that you can achieve what you want to achieve, yes your visual impairment might make it a little bit harder and put a few more obstacles in the way but you must have the fight and determination to find a way to get you what you want and what you need. And also something which is very important is to use the services available to you.

The sensory consortium has been involved in my life since I was six months old and they have been a massive help they have provided me with many hours of in school support and habilitation training. They also signposted to other services like Berkshire vision and British blind sport which can help you get involved in other activities and when they do grasp the opportunities offered to you with both hands and get the most out of them which is something I wish I had done earlier. But as cliche as it sounds nothing is impossible even the word itself says I’m possible. 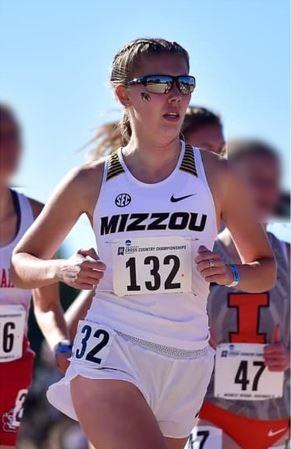 Hi I’m Sarah.  I’m 22 years old and have just finished the first year of my Business Masters programme and athletics scholarship in the USA. Prior to this I studied Chemistry at the University of Birmingham, where I had an unforgettable and fun three years!

Sport has always been a big part of my life, with track and cross country running becoming a huge focus that has taken me to many exciting places!

I was diagnosed with Stargardt’s disease, a visual impairment affecting the centre of the retina, when I was eight years old and received support from the SCS until I left school. Although my reduced vision has provided challenges and some limitations along the way, I think the main thing I have learnt, and would share with others going through a similar situation, is that you shouldn’t worry about the things you may not be able to access or achieve in your life - you just want to continue doing the things you already enjoyed doing as normally as possible.

For example, when I was diagnosed I decided I wanted to continue playing tennis and hockey.  Looking back these were not ideal sports for someone with reduced vision! However, I was able to adapt and continue enjoying it with my friends. Working in a Chemistry lab (during my degree) is not really designed for someone who can’t see fine detail, but I had support from a helper who would do all the fine measurements and anything I couldn’t see, under my instruction.  That was important as science has been something I wanted to pursue from a young age.

Parents are likely to worry about how a sensory impairment is going to affect the life and options available to their children.  Whereas I believe children and young people have an incredible ability to just get on with it!  They work round their impairment.  Usually the main priority growing up is trying to fit in and enjoy the time and experiences of being young.
I hope that what I have achieved so far can demonstrate is that, with support such as that from the SCS, you can adapt and find ways around the barriers that might stop you accessing something as well as a fully sighted person.  The thing I value most from the help I got from the SCS and my parents whilst growing up, is that they never  put me off trying things - even if they were not suited to someone visually impaired.  Instead they helped me find the best possible way to access anything.